You are using an out of date browser. It may not display this or other websites correctly.
You should upgrade or use an alternative browser.
Parents... Coaches... Cheerleaders...
Cheer Questions?
Don't Lurk... We've Got Answers! 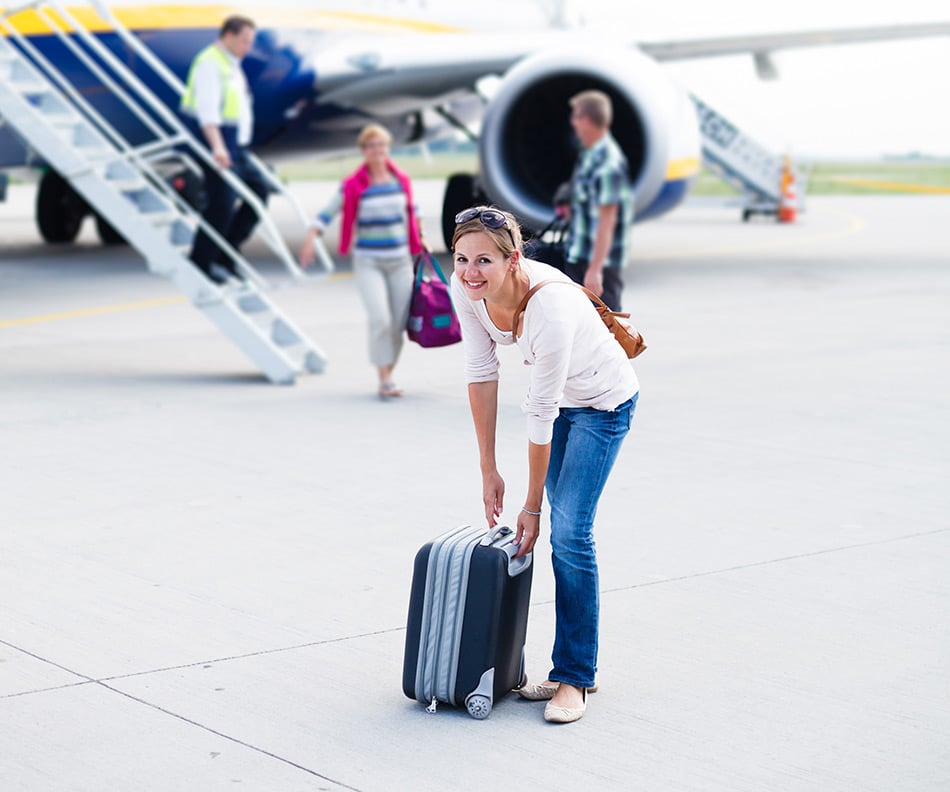 Travelling to Worlds and the Summit is the reward for being a competitive champion who has exceeded his or her challenges for the season and invited to compete with the best of the best.
Not everyone sees this as a good thing.
After a season which already includes, on average for an elite athlete, five travel comps (to Dallas, Atlanta, Las Vegas, Indianapolis, etc) by the end of the year many CheerMADs are left to deal with a challenge themselves: school absences.
Many of us have received those computerized “warning letters” spit out automatically when a child has missed (in our school district) five days of school. That’s two and a half comps' worth of travel days. In addition to the letters of warnings, we’re also dealing with less-than helpful teachers unwilling to provide school work in advance or help when the athlete returns (it's just cheerleading afterall). 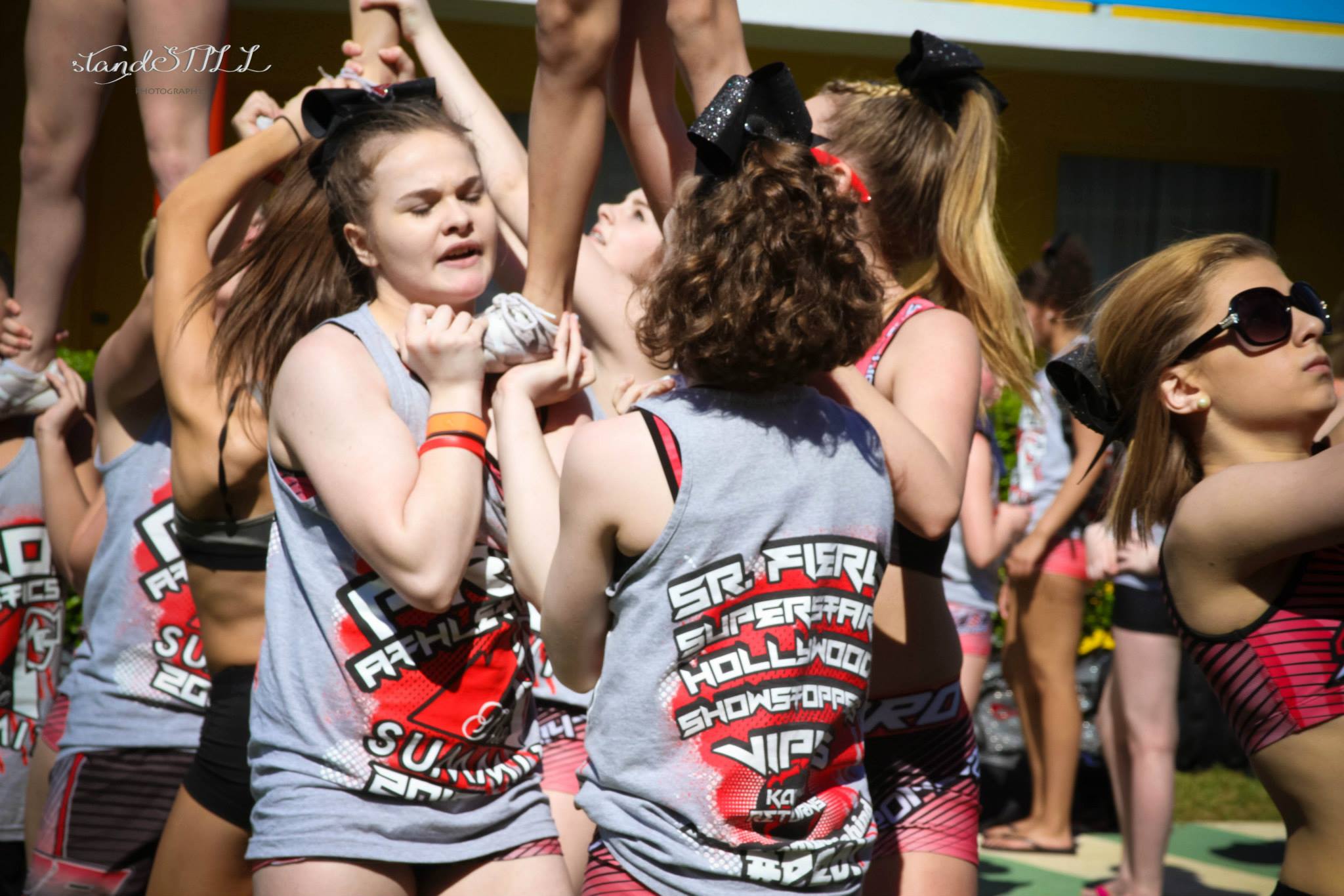 And even though our athlete is rigorously attending up to ten hours a week worth of sweat-producing, muscle-ache-inducing practices, missing one hour a week of too many phys ed classes earns them a “C” or a failing grade for not attending enough of the school’s 60 minutes of play.
I’ve seen firsthand how things can quickly go awry.
When a child misses too much school, it is considered to be a situation called “Adult Failure to Cause School Attendance.” Add to that the bruises inflicted from a falling flier or a fellow-tumbler who gets in the way, an All Star athlete presents as an “abused or neglected child.” 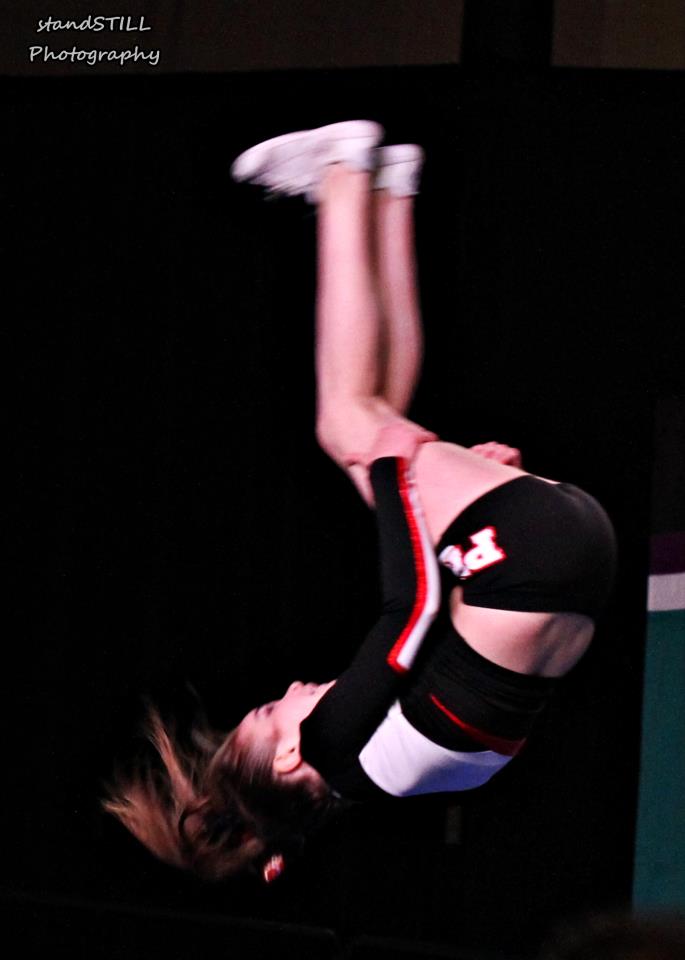 When Rachel was asked by a teacher if she still "did gymnastics" my bright 10-year old truthfully answered “no.” She tumbled for competitive cheer. But her answer didn’t explain the recent bruising on her face (received from a kick from a wayward, non-straight-line-tumbling teammate) and the occasional noticeable bruises on her arms and legs (even though she considered the marks on her thighs a medal of honor for slapping them so hard whether marking or being clean). Combined with the four-day weekend she was returning from, it was surmised that Rachel was being abused, kept home to give her bruises more time to heal and hide the abuse.
In Massachusetts, when a school reports the offense of “Adult Failure to Cause School Attendance” a parent receives an invitation to juvenile trial court and an automatic issue of a 51A by the state Department of Child and Family services which conducts its own investigation.
It’s scary to receive the notice that reads:
Section 51A. (a) A mandated reporter who, in his professional capacity, has reasonable cause to believe that a child is suffering physical or emotional injury resulting from: (i) abuse inflicted upon him which causes harm or substantial risk of harm to the child’s health or welfare, including sexual abuse; (ii) neglect, including malnutrition and failure to provide an education; (iii) physical dependence upon an addictive drug at birth… or (iv) being a sexually exploited child; or (v) being a human trafficking victim as defined by section 20M of chapter 233.
With all due respect to crack babies, this home-room parent, team mother, assistant Brownie leader, avid helicopter mom was devastated. As a reporter who has written about children whisked into foster care, questions asked later, I was scared.

After a six month go-round with DCF, which resulted in all charges dismissed and “case closed,” Rachel’s school adjustment counselor (truant officer) apologized for the “grievous disservice to Rachel” because of all the anxiety caused and panic attacks she developed as a result of the process (wondering if today was going to be the day she'd be taken away from her family).
Admittedly, absences are a serious problem and a CheerMAD has to be proactive. For years, athletes have been home-school. Today more and more are participating in online educations.
Last spring I attended information sessions for TEC Connection’s Academy: the Massachusetts’ Board of Elementary and Secondary Education’s accredited virtual school. The tuition-tree online public school for Grades K–12, Connections’ Academy has online schools all over the country, wherever states have approved virtual learning (for more information go to http://www.connectionsacademy.com).
I learned many online students are gifted children who
balance school with other interests: highlighted were child actors, future Olympian and PGA participants who,
like the All Star athlete, have extraordinary time-management issues. I expect in another ten years, probably less, online schools will become more the norm, similar to telecommuting to work via computer. 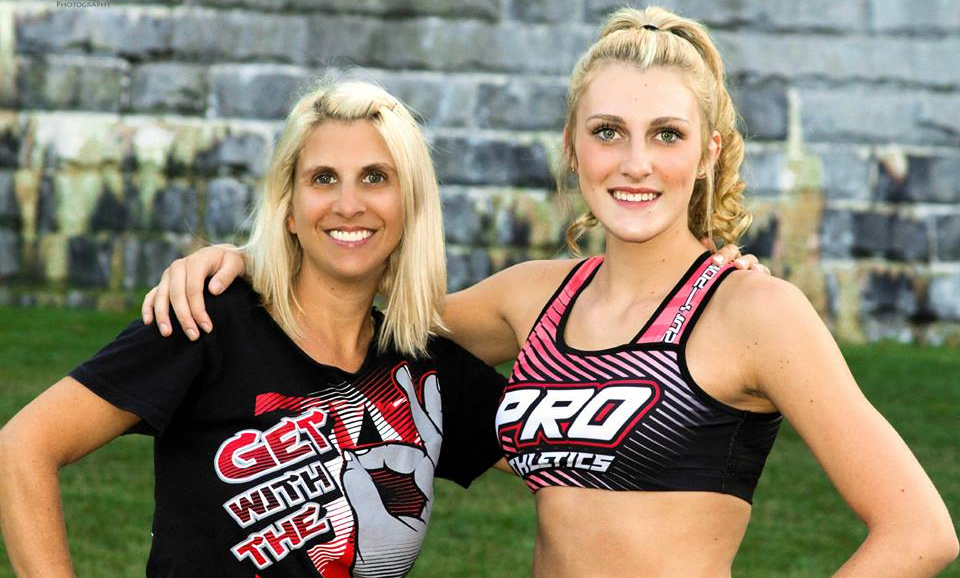 One mom in particular and I spent a lot of time talking about online learning. Tracey Cayford's daughter, Jorden, 16, was a member of SS5Lady Prosand Rachel had just finished her lastShowstopperseason double-rostering and maxing out the gym's travel comps.
In the end, Rachel didn’t attend because after being home-schooled for sixth grade, Rachel felt isolated and wanted to go to Middle School as much for the social aspect as the academic.
It was a tough year, mostly because of the repercussions we’re still dealing with from the school's actions. Today I attended an information session for next year’s Connections Academy. Cheer-related absences were such a concern for CheerMADs that our gym; ProAthletics in Leominster, MA looked into creating a virtual classroom. I think it’s an idea that’s time has come and provides a much needed service to elite athletes.
Several families undertook the more traditional "home-schooling" while Jorden and her family chose the online school route and she enrolled in TECCA. 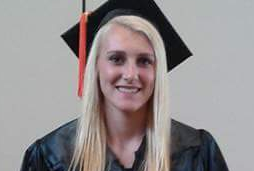 "I feel that the online schooling works with kids that are motivated but I also think it's a lot harder than people think," Tracey said.
"Kids have to be disciplined, focused and they need to put themselves on a schedule. Online schooling fits all kids with all different reasons but they need to be disciplined that's the key word," she continued.
"But the curriculum is just as good if not better than a public school. My daughter was pushed this year more than she ever has been."
Last week, the talentedNfinity Legend, Fancy Face Finalist, Summitchampion, two-timeWorldsparticipant and, next season's newestWorld Cup Shooting Starbecame a member of Massachusetts' Connections Academy first graduating. Olympian Lyndsey Fry, of Arizona, was an appropriate pick for Jorden's commencement speaker: Fry earned a silver medal as a member of the women's ice hockey team in the 2014 Sochi Olympic Games, also earned her diploma online and recently graduated from Harvard. The event was covered inThe Enterprise, Jorden's hometown newspaper:

BROCKTON – Jorden Cayford spent 11 years in Brockton public schools, but when her competitive cheerleading schedule kicked into high gear – and the travel schedule increased – she needed another option in order to succeed.
So this year, Cayford finished her senior year through TEC Connections Academy, the state’s second virtual public high school – in its first graduating class.
The school was approved in February 2014 by the Massachusetts Board of Elementary and Secondary Education.
It provides the ability to learn from anywhere there is an Internet connection, and is a growing local option for actors, athletes and anyone who needs flexibility, officials said.
An honor student, Cayford was enrolled in five to six classes a day this year that she took at home, and online, including Pre Calculus, Environmental Studies, two history classes and English.
Coursework was fitted around a rigorous travel schedule and included research projects.
“I’ve always missed a lot of school because of cheering,” she said.”
Click her for the complete story:THE ENTERPRISE 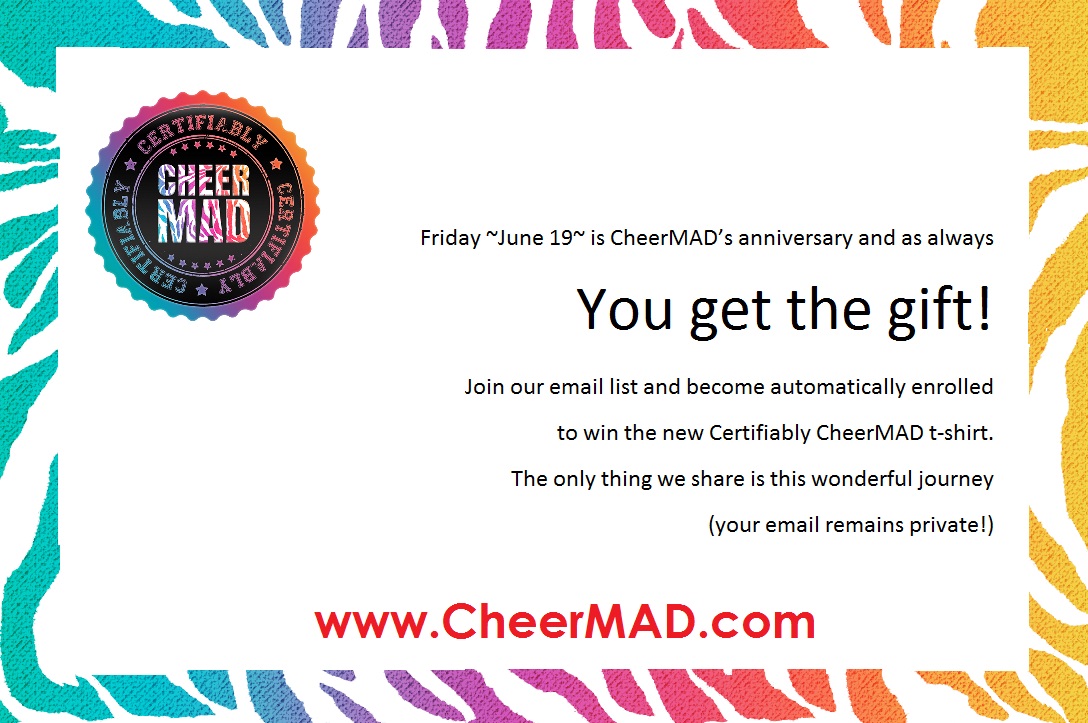 I wonder if anyone else has had this problem. Wouldn't surprise me.

I work in a school, as you all know.

We have had these issues with a variety of sports. Our #1 offender was a dancer/model, actually.

I will tell you that I get it on some level. When your kid is that active in a sport, it happens. Sometimes you can't help missing some school.

However, you have to have some sense as a parent.

For example, maybe you're going to miss Friday for Cheersport. Ok.

Okay. But don't do the "hey let's stay til Tuesday and do some shopping" thing.

Or turn missing one day to go down to Myrtle Beach into a beach vacay through Wednesday.

Even if that means getting back into town at 11:30p on Sunday and getting up for school Monday AM.
Reactions: these girls and Official OWECheer

High School Is It Possible To Get A Zero On Tumbling?

All-Star New Idea To Boost Participation In All Star Cheer.